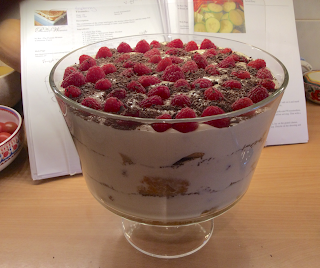 This is Pioneer Woman Ree Drummond’s Raspberry Tiramisu,recipe online here. It's not is any of her cookbooks yet, but I hope it will be sometime in the future. :)
I’ve made it a couple of times now, and it has turned out so well. Both times I forgot the vanilla! I also use Philly cheese.  Great dessert, I think the raspberries really add to it and make it a real party or occasion dessert. Yum.
Posted by Kelly-Jane at 02:24 No comments: 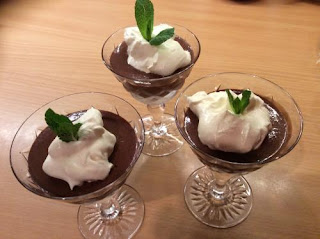 These detectable little pots of minty chocolaty-ness come from The Pioneer Woman Cooks A Year of Holidays by Ree Drummond. 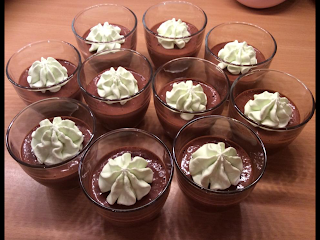 Mint chocolate shooters, they are small, but a prefect little mouthful at the end of a meal. 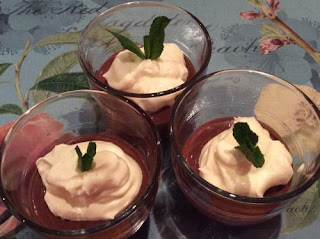 I’ve made them a few times as you can see from the pictures!

Email ThisBlogThis!Share to TwitterShare to FacebookShare to Pinterest
Labels: The Pioneer Woman Cooks A Year of Holidays 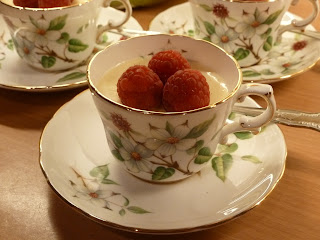 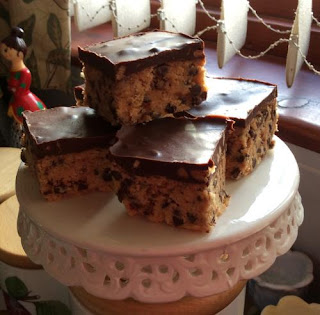 During times of stress I either don’t bake at all or bake a lot.  It feels like life can be a bit better with something under the cake some…


I plumped for a recipe from The Pioneer Woman Ree Drummond. No-bake peanut butter bars. I made this really for my daughter (and me….) because although the Hubby loves peanuts, he is not so keen on peanut butter.  These bars are so good. The recipe can be found here as it isn’t in a book yet, though I hope it will be at some point, as I have a fear of losing recipes on printed out bits of paper that we have enjoyed. 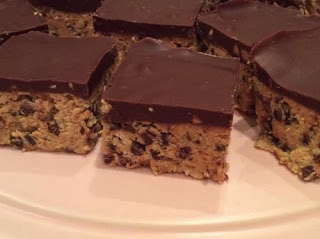 Due to this recipe hailing from the US it has vanilla wafers in it, I (being in the UK) substituted digestives, I also halved the recipe for a 7 inch square tin, and we all thought they turned out well.  Sophie kept lifting the cake dome lid and just inhaling the peanut butter and chocolate. I do let her eat them! Though probably not as many as she would like…Ha!  Hubby really liked them, which surprised me, but I reckon if someone who doesn’t really like peanut butter in the normal run of things like them, then they must be pretty good. 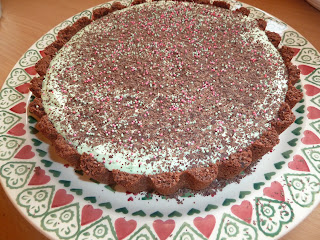 Today’s sweet delight hails from Kitchen: Recipes From The Heart of the Home by Nigella Lawson (Chatto & Windus 2010). Grasshopper pie, which has nothing to do with actual grasshoppers, but it more to do with the colour I suspect. 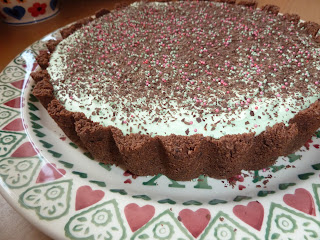 A boozy (crème de cacoa and crème de menthe) creamy, dreamy light dessert. You wouldn’t think it would be as light as it is, but there you go. I have made this one a number of times now, the only slight variation I make is to use sprinkles and chocolate for the topping, instead of biscuit rubble…. Because I can’t help myself sometimes. ;)

Email ThisBlogThis!Share to TwitterShare to FacebookShare to Pinterest
Labels: Kitchen: Recipes From The Heart of the Home 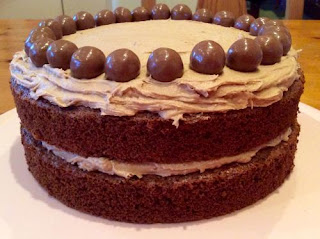 Now, this is one of my all-time favourite cakes. I just love it! The cake hails from what is an enduring favourite cook book. Feast Food That Celebrates Life by Nigella Lawson (Chatto and Windus 2004).
The cake and frosting are flavoured with Horlicks powder. The sponge is moist and flavourful, with just a hint of toothsome-ness, because of the Horlicks. The buttercream frosting is just so good, it is the kind of sweet deliciousness that inspires the processor bowl that it was made in to be scrapped totally clean – so as not to waste a drop.  The cake decoration or ‘Malteaster crown’ as Nigella puts it is the perfect decoration. Simply beautiful. 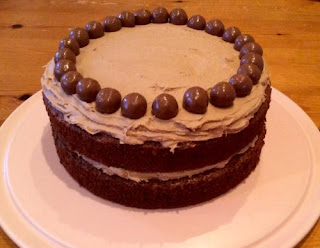 After Feast was published, I made this for so many birthdays, including my daughter’s first birthday tea party. Perhaps I’m getting maudlin in my of age (ha!) but I love to see it under the cake dome, brings back such happy memories. 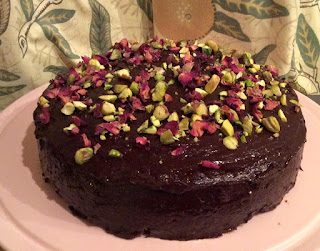 A fabulous chocolate cake from Simply Nigella by Nigella Lawson. It is incidentally vegan, but you could never tell as it is just so delicious.
I say you could never tell, because I spent a few years being gluten intoletant, and boy,  you could certainly tell if something was gulten free as more often than not it would turn out to be much less than was hoped for.   Things have moved on though, as this cake clearly shows.  It’s expensive to make, and the icing was a bit tricky I found (separated and needed beating back together), but still completely worth it.  One to go into the repertoire. :)
Posted by Kelly-Jane at 09:46 No comments:

Books Cooked From So Far!